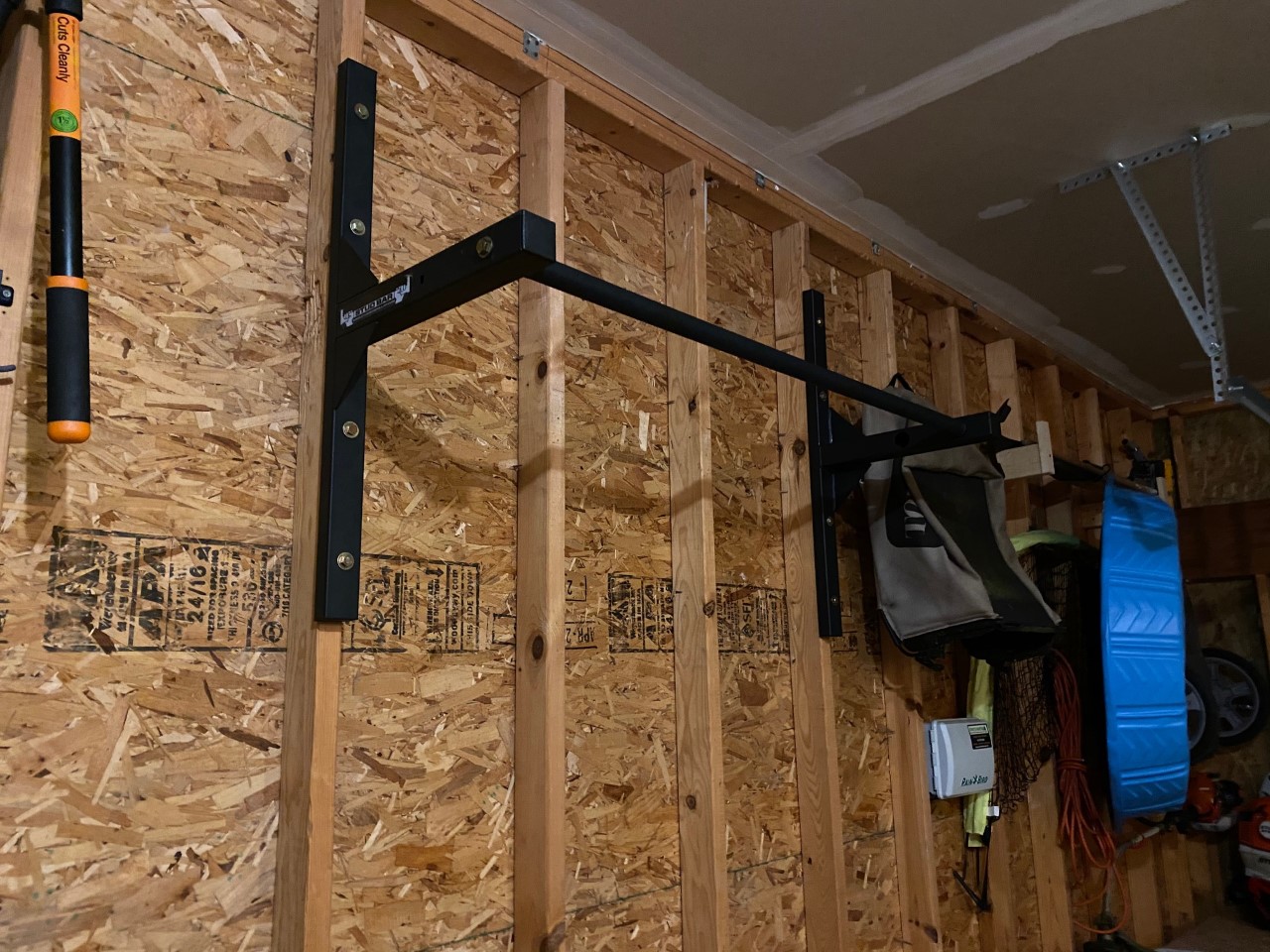 Are my ceiling/wall Studs strong enough to support a Pull Up Bar?

A common question we hear from our customers is, How do I know my Studs will support the load of a pull up bar? Of course the answer is yes, if those Studs are good enough to meet code and hold up your walls, ceiling, and attic a pull up bar is certainly a small load comparatively. Lets take a deeper look at Studs AKA 2X4’s which are the most common piece of wood used in North American construction. 2X4’s are not exactly a 2X4 at all. After the 1970’s finished lumber standards changed and ever since a 2X4 measures 1-1/2″ X 3-1/2″ and the length can be anything up to about 20 feet. A 2×4 has a vertical side and a horizontal side. Think vertical as being stiff while horizontal is “springy” or compliant under load. A vertical 2X4 is rated to support a load of 1,000 lbs while a horizontal 2X4 is rated at half that load capable of supporting 500 lbs. Geometrically speaking a Triangle is known as the strongest shape that can support the most load. Boxes are not far behind triangles and can support large loads as well. Think Pyramids and sky scrapers. A single stud working alone can support an impressive load relative to its size. Imagine turning your studs into a “Box”. Two studs which were previously acting alone are now tied together by two brackets and a bar creating a “Box” or a square. When you install a Stud Bar pull up bar into your ceiling or wall you are actually increasing the strength of each Stud by tying them together. This is where the solid feel our pull up bar is known for comes from.