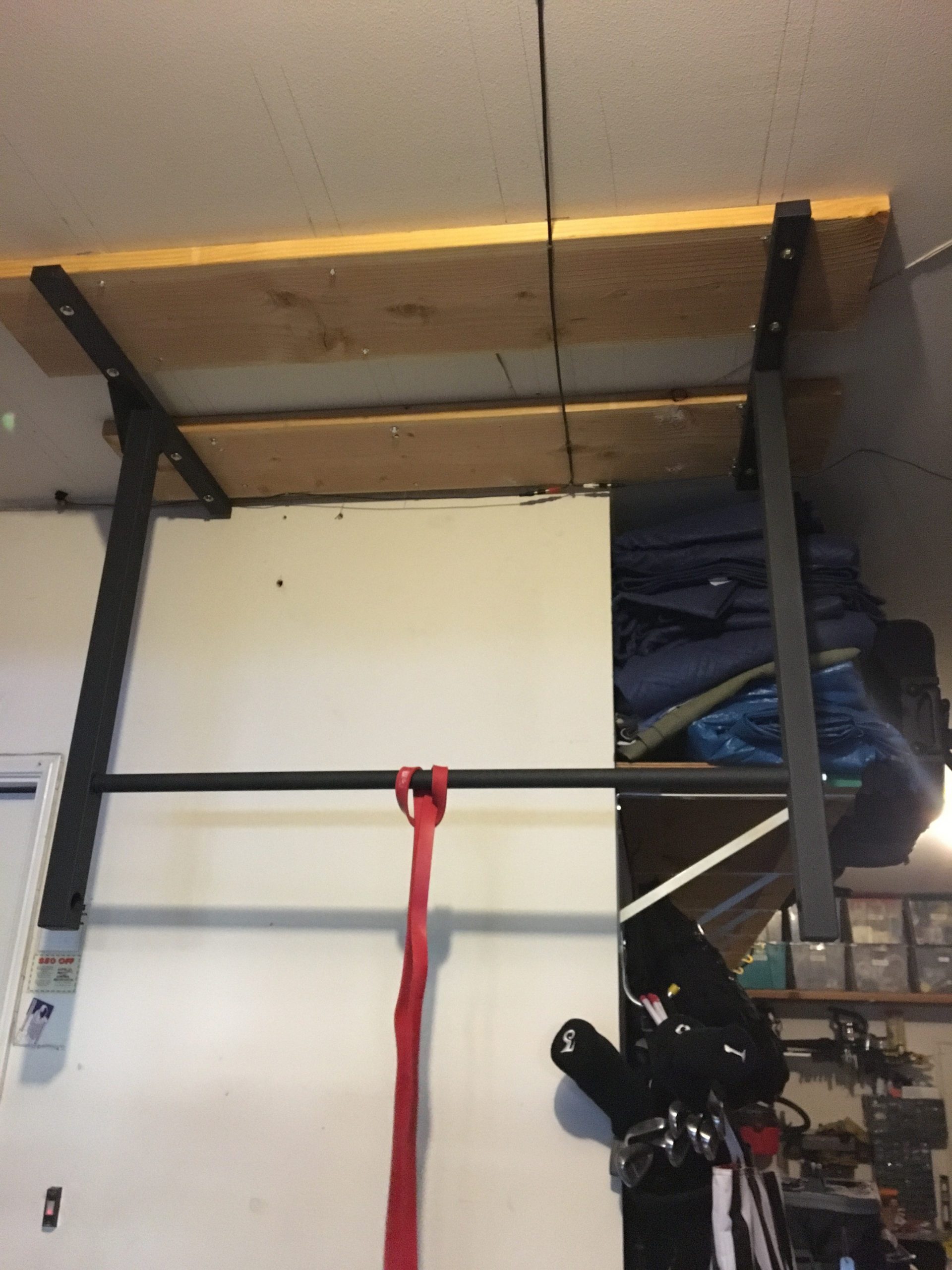 According to Janet (Another of our great customers) her large pull up bar has seen plenty of action hanging in her tall 10 ft. garage gym ceiling. Janet’s studs were spaced funky where she wanted it mounted so she had boards mounted across her studs which she then mounted the brackets to. You can accomplish this with 2×4’s or the pictured 2×12’s which may have been overkill. Janet’s chin up bar ended up too close to the wall for her liking.  As the old saying goes measure twice install once. I recommend installing at least 3 feet from the wall to allow adequate leg room for kipping pull ups, L sit and gymnastic ring dips. Janet started practicing pull ups when was 44!!  Janet tells us she woke up one day and decided to make a change for her mental well being and boom! it just clicked. She hasn’t stopped since and has progressively increased her fitness to a full time lifestyle choice. A mere 4 years later Janet bangs out 10 reps in one set 3 days a week or so. Janet noticed her pull up bar improved her self confidence and she is now more defined and discovered little muscles all over he back and shoulders she didn’t even knew she had. Strict pull ups are Janet’s go to grip choice. Janet has now moved onto training toward her first bar muscle up. Janet is agreeable to pain and never throws in the towel we know she will get that muscle up!