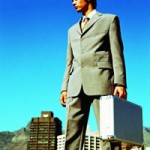 Don’t Deny where you’ve been

We’ve mapped this territory before: Turn on any late night program, or scan through the seemingly endless array of Fitness Magazines, and you’ll inevitably be touched by the craze du jour–be it “functional ?tness,” “crazy ?tness,” “boom shaka lacka technique,” Kettlebell Hell routines, Special Ops Tactical Strength and Conditioning, you get it. The cottage industries sprout like dandelions, the infomercials soon follow, and the water cooler braggadocio erupts, centered around “you’ve got to try this new (insert device, insert program)–it will change your life!” The sad truth is, that these trends pass, no matter how earth changing or true they seem in the moment.

Let’s start with the focus on the return to a Primal Diet and Lifestyle. The PaleoLithic Nutrition Movement is gaining traction, focusing on quality of ingredients, staying away from processed foods, as well as eating less and more infrequently and remarkably shows dramatic changes in relieving many ailments previously thought to be unrelated to diet. People are eating better and feeling better. There’s a shift in way we value our work/life culture. Lifestyle Gurus are on the rise, not to be confused with the gimmicky carnival barkers that rang hollow, rather, replaced by sound practitioners that walk what they talk. The Primal Blueprint, and Mark Sisson come to mind, certainly there are many others.

It’s cachet to say that our sleep exceeded 8 hours, and that our lives have become simpler–whereas the culture of yesteryear valued and exalted the “working man” and “career woman” that never tired– yet seemingly found time for an in?nite number of responsibilities.

Much in the same way that the word “functional” had been co-opted by manufacturers seeking to create marketing niches, it’s now being reclaimed for what it is: simplicity. The problem is, it that simplicity doesn’t naturally translate into widgets. The successful gym model of our the 21st century to date has relied on a business model that maximized memberships, created safety and low-skilled movement patterns, and didn’t necessarily care about the results that were being achieved, rather, cared about the “packaging” of it’s look and feel. Shiny machines located in formation, sexy music, and ?t looking ?tness guides are part of this glossy package, as if to create a cozy “If/Then” equation in the prospects mind: “If I enter here, and use these machines, I will look like that!” Too often, these noble souls are left wanting, with the only consistency achieved being the monthly auto-debit from their checking accounts.

Functional movements are found in nature, they’re the movements that we not only grew up with as toddlers, but they are the movements that we see in our everyday life–whether it’s lifting a suitcase and placing in the overhead bin on a plane, carrying a child, sitting and rising, helping an injured animal and the like. If you’re pushing, pulling, raising and lowering your center of mass, you are doing functional work.

If you think about it, pulling is one of the most primal movements that have allowed us to survive. Any parent can attest to the strength of the grasp of our beloved children when they cling to us.

Doing Pullups in the gym, at the park, or by necessity in austere locations (think: ?re?ghter pulling himself to a ledge) grounds us in a rich history of human movement, and just feels right. There’s something cozy about the notion that we are engaging in the primal, much in the same way that we enjoy the fruits of eating well, living a balanced lifestyle, sleeping well, . Know that the next time your hands wrap around the bar, that you are participating in a ritual that transcends time, status, or even species.